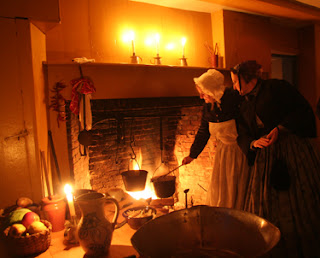 It's time to start thinking about your holiday plans! Join us this year for one of our merriest events of the season, our Yuletide In the Country celebration which runs Fridays, Saturdays & Sundays, December 3-5, 10-12 & 17-19. This is the event that everyone waits all year for and it usually sells out early!

The historic village will be all aglow with festively decorated homes for its traditional Yuletide in the Country the first three weekends in December.

Enjoy reenactments of Yuletides past in each building on the tour; sing along to joyful holiday songs; delight in merry instrumental music; catch the lingering aroma of wood smoke in the crisp, sparkling air; savor a refreshing drink and perhaps step to a lively tune, all the while discovering a little about the roots of our many favorite Christmas customs. 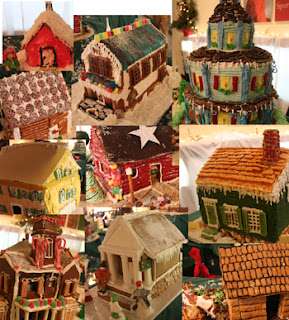 Again this year is the special historic village Gingerbread House Competition that will be on display in the Meeting Center lounge. All of the houses in the competition are modled after village buildings!

Tour-goers will delight in a new style light buffet supper. It features festive savory dishes, plus a sumptuous spread of mouth-watering desserts, cakes and sweet delights created to satisfy the most demanding sweet tooth.


And if you're looking for that special gift for the holidays, stop in the Genesee Country Gift Shop, open 10 a.m.- 10 p.m. each day during Yuletide.

REFUNDS: Since the severity of weather conditions varies from place to place, ticket sales are non-refundable unless the authorities close the roads or the museum cancels the program based on conditions on-site. Please check our website for severe weather updates.
Posted by Genesee Country Village & Museum at 4:33 PM No comments:

Labels: Yuletide in The Country 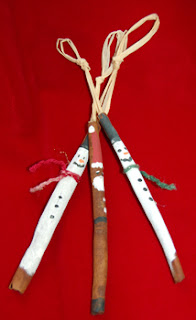 Want to kick off your holiday season 19th-Century style? Join us this weekend for our Crafts at Christmas Program.

On Saturday and Sunday, Nov. 13 and 14, families may create any—or all—of a half dozen different 19th-century crafts, turning tin, fabric, paper, even cinnamon sticks into unique holiday ornaments. Kids will delight in discovering the history of the craft from a museum artisan while they work.

This year's selection includes the perennial favorite tin-punched ornament—choose from any of a dozen different designs—along with a tea cup quilt, peanuts on a string, apple-and-spice sachet, glorious paper roses and some fun cinnamon stick snowmen and Santas. 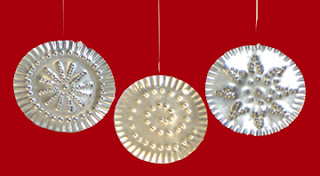 The weekend program is a family affair, with crafts for adults and children of all skills. Each craft is $4. A combination ticket for all six crafts is $20. The event runs 10 a.m.-3 p.m. each day in the museum's Meeting Center dining room.

Pre-registration is not necessary, but appreciated. Call (585) 538-6822 or click the button below to purchase tickets online! 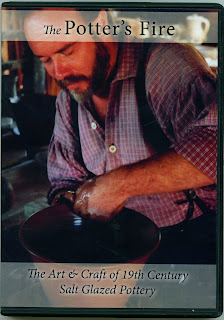 This well-done DVD tells the story of salt-glazed pottery in the 19th Century and how it is currently made on site at the Genesee Country Village & Museum. From hand-throwing to wood-firing the pieces Mark produces are as close to 19th-century pottery as can be.
Click below for a short clip!


You can purchase the full documentary on our website.
Posted by Genesee Country Village & Museum at 3:00 PM No comments: