Today I had the pleasure of interviewing Dean Butler, the actor who played Almanzo Wilder, husband of Laura Ingalls Wilder, on the TV show, Little House On The Prairie. Butler will be at the museum both Saturday & Sunday as part of our Laura Ingalls Wilder Days event. Since leaving Little House, he has appeared in numerous TV shows and movies. In addition to that, he has his own production company, Legacy Documentaries, where he has produced among other films, a documentary about the real Almanzo Wilder, entitled, Life Before Laura, which details Almanzo's younger years in Burke New York. He also has a documentary about Laura slated to be out by the end of this year.

Since this blogger grew up reading The Little House Books and watching the TV show, this interview was a real thrill for me and I hope you are excited about Dean's visit after reading the interview!


GCV Blogger: We know that you played Almanzo Wilder, the husband of Laura Ingalls Wilder on the TV Show Little House On The Prairie. However, you took it one step further, and made a documentary about the real Almanzo Wilder, and now another one about Laura herself. What was so compelling about them that moved you to do this? 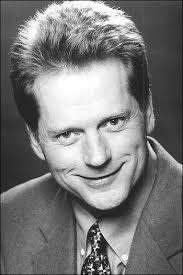 Dean Butler: I choose to do the documentaries because I've always wanted to stay connected to Laura material. They are beautiful stories and as an actor I respond very much to visual media. It was a natural thing for me. The documentaries do not concern the TV show. The Almanzo documentary chronicles Farmer Boy, which, of course, was not shown in the TV series. The Laura documentary is really about her journey as a writer. I have found that people who loved the books and the series have a desire to see and learn more about Laura and Almanzo.

GCV Blogger: I think I just heard that Little House On The Prairie plays in 100 countries every day. Is that true?

Dean Butler: It actually plays in over 100 countries a day. The show has never been off the air since it premiered in 1974.

GCV Blogger: Why do you think the show has such staying power?

Dean Butler: Little House was never a hip thing. It was old when it was new but it had a sincerity factor that continues to resonate with people. It's not sophisticated but it was never meant to be. It's timeless & beautiful. I think that everyone who was involved in it is enormously grateful that we were a part of something like this. There is currently a little house musical which just finished it's first tour and will probably be back for a second season. People continue to respond to this material.

It is a highly romantic view of the American experience. Certainly the real experience was different and harsh and the Ingalls family did not have an easy time. But what Laura Ingalls Wilder was able to do was spin her families tragedies in a way that leaves you hopeful that tomorrow could be a better day. They never quit. Even at the moment that Pa shakes his first in the air in despair during The Long Winter, the moment passes and they find their way out of it. Today we have so much coming at us, that the the simplicity of that life, the grounding of it, makes you feel like it's going to be ok.


GCV Blogger: What can we expect from your presentation?

Dean Butler: I tend to be pretty free from with these. I'll probably talk for about 20-25 minutes about joining the series and then open it up for questions. Depending on the questions these things can be really intriguing, funny and even touching. Everyone usually ends up having a lot of fun.

GCV Blogger: What question would be the most interesting to ask you?

Dean Butler: People always ask about working with Michael Landon & Melissa Gilbert which is always interesting but an intriguing question would be the similarities between Michael Landon and Laura Ingalls. At first glance they may not seem very similar but they were both story tellers in their own right, and fearless and tenacious in their own ways.

GCV Blogger: Now I'm going to ask you my own LHOTP question! What was your favorite storyline that you go to play as Almanzo?

Dean Butler: Well there are 3 that really come to mind.

The first is a romantic one. The one that really gave us the Almanzo character. It's the Sweet 16 episode, which is based on These Happy Golden Years, where Laura becomes a school teacher and Almanzo starts to see her differently, and they fall in love. That episode was played multiple times the first season that it ran which is unheard of.

Dean Butler: Exactly! Melissa even talks about this. It was a real evolution point for the series and a real turning point for her. It also really marked the beginning of Michael Landon's exit as an actor. When a show is about a father's love for his family, and the little girl grows up and falls in love, there is no more sitting in Pa's lap and telling him about school that day. There is no going back.

The next episode is Sunshine and Shadows which is really the book The First Four Years made into 2 episodes for TV. Laura and Almanzo did not have an easy time of it when they first married, and faced so many difficult things together. As an actor, it was great being able to play that out.

My third favorite episode has a comedic twist. It's called The Nephews and is about Royal, Amanzo's brother's boys coming to visit and they are just terrors. It was the kind of comedy that Michael was so good at writing. Those boys had Almanzo's number and there was a lot of upset and hi-jinks. It was really fun to play and watch!


Got your own questions for Dean Butler? Don't miss our Laura Ingalls Wilder Days this coming weekend where Dean will be speaking twice per day and providing ample time for your questions as well as signing autographs. You will also be able to purchase a copy of his Farmer Boy DVD, the trailer of which, you can see below.

And stayed tuned Little House fans because on Thursday I'll be sharing an interview with Laura Ingalls Scholar William Anderson!